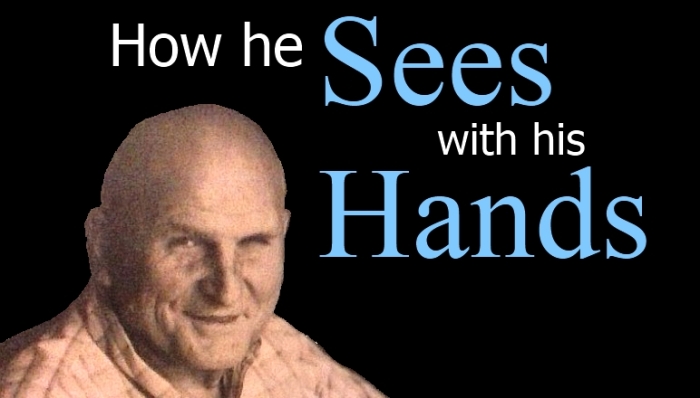 His family know him as Reynolds, but if yours is one of the pianos he has tuned in and around Montgomery over the last 47 years, you probably know him as Mr. Thomas.

When the doorbell rings for Mr. Thomas’ first visit to your home, you answer to find a smiling gentleman who introduces himself and his companion – his wife, a friend, or maybe his 39 year-old son Joey.

He heads straight for the piano, takes the front board off of it, and opens his black case of tools. Then he runs a few scales up and down the keyboard, but if you comment on his apparent musical skills he’s quick to tell you that he only plays a little.

You can go about your day trying not to bother him with chatter since he’s not one for small talk, though you can’t help but notice the skill with which he handles the inner workings of the instrument and the preciseness with which he tunes every note.

Meanwhile he keeps working away using his tools and tuning hammer, making adjustments so the keys play like they should while also taking care of any of the little hammers inside that might be jamming.

Once he’s finished, something about the notes just sound livelier. And it only took him about an hour.

You might not have known that he was tuning to the standard national pitch of A-440, which means that middle A vibrates 440 times to make a beat. And you might not have realized the man who did it all is completely blind.

“One thing he instilled in me is to be honest to your customer and do an excellent job.”

Joey Thomas has driven his dad to tuning appointments for 25 years. He said there have been plenty of times people seemed shocked to realize Mr. Thomas’ condition after his work was done.

“When we get through with a job he’ll grab my arm and I’ll lead him out,” Joey said. “You should see the look on the customer’s face when they realize he just did all this without being able to see. He hasn’t ever let his blindness get in the way at all. That’s how good he is at what he does.”

Mr. Thomas was born with a progressive condition known as Retinitis Pigmentosa that caused his vision to degenerate until it was completely gone by age 30. He said that at one point he remembers having good vision. “I could see pretty good straight ahead.”

Joey recalls it too, “I remember us riding bikes when I was six or seven years old. He could see me, but he was following. I’d ride up on the handlebars, and I’d tell him which way to turn.”

Years before that, Mr. Thomas attended the school for the blind in Talladega. He chose to take their courses in piano tuning, because as the son of a welder he was mechanically inclined.

He used to hitchhike back and forth from Montgomery to the school. “It’s the only way he could get there,” Joey said. “That’s how determined he was.”

Once he finished the piano technical courses and some on-the-job training at a Baldwin dealership in Birmingham he was ready to get back to Montgomery, where most of his family was.

He started out at a local dealership.

“They would give a free tuning with the sale of a piano, and I did those and then the follow ups,” he said. Later he started Thomas Piano Service which he and Joey now run together. Joey does the refinishing and restorations, and his dad handles the tuning.

“I do all the easy stuff, and let him do the hard stuff,” Mr. Thomas said. Back when he was in full swing, they were working five pianos a day. He’s one of about four tuners in the area.

Joey started driving his dad to tuning jobs at age 15. He was refinishing pianos by age twelve, but had been helping his dad long before that. The refinishing is done at a shop, so he has to safely transport each piano to and from the customer’s home. “Most of the ones I re-do are from the early 1900’s,” he said. “Steinways are my favorite.”

Joey said they move them into an enclosed trailer he had made especially to move pianos, strap them to the side and cover them in moving blankets. “He amazes me,” Joey said. “I would rather have him help me move a piano than anyone. We’ve just worked together for so long, I trust him more than I do anyone else.”

These days, Mr. Thomas’ wife Paula drives him to most of his jobs. “She has always been his secretary, answering the phone, keeping up with his schedule, which has kept her really busy,” Joey said.

You might wonder if losing his vision has given Mr. Thomas a keener sense of hearing and helped to refine his tuning skills. “It’s the training I had that sharpened my hearing and made me aware of pitch. I don’t think being blind has anything to do with it,” he said.

Mr. Thomas fills his days with things he loves. “My music, my piano work and a little fishing up at the lake.” It’s not uncommon for some of his friends to come over on Sunday afternoon to jam in his garage studio. “I’m not an accomplished musician. I play a few instruments. I play bass guitar with a little band. We play a little rock n roll, a little country, a little gospel,” he said.

“I like to read as well. We have talking books for the blind… books on tape. I like spy novels and good westerns, of course.”

But he and Paula’s favorite “hobby” is taking care of their four grandchildren. “That’s one of our ‘chores’ that we enjoy,” he said. ‘We have a ball with them.”

Mr. Thomas says he’s semi-retired, but Joey’s not sure his dad will ever stop working completely. “One thing he instilled in me is to be honest to your customer and do an excellent job. I think that’s one of the reasons, even though we don’t do any advertising, he stays as busy as he can,” Joey said.

Joey said his own next step is to learn to tune so he can possibly take that over in case his dad ever does really retire. “I have the ear for it from being around it all of these years. I’m already starting to learn it a little bit,” he said.

“I don’t know how my dad does it. he can work on a piano and fix it faster than I can. He knows his business. It’s like he can see with his hands,” he said.

“He talks about slowing down, but he’s been saying that for years and years. Knowing him he’ll keep doing it until he can crawl to the piano. He’s amazing.

I can’t think of a better partner I’d rather have than my dad.”

One thought on “How He Sees With His Hands”

Description: Thomas Piano Service is all about Pianos in Montgomery, Alabama.